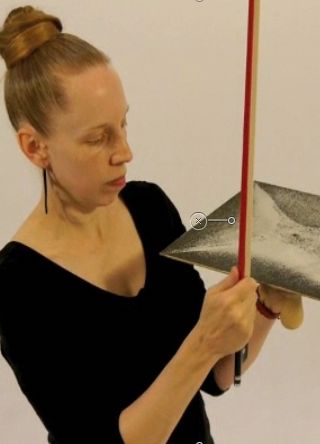 Jodina Meehan is a cymatic artist based in Southern Vermont. She is founder of the online Journal of Cymatics and the School of Cymatics. She has been working solely in the field of cymatics for 10 years, and during that time has built an online following of 4000 cymatics enthusiasts in 300 countries. She has done cymatics commissions for National Geographic and Cirque Du Soleil, designed and built 6 original cymatics devices, and been advisor to 10 university students who have completed their thesis in cymatics, as well as 5 children who have gone on to win their school science fairs. Currently she is writing a trilogy of books about a fantasy world called “Cymatica” with cymatics as the central theme, where sound is the source of all magic. The first book in the trilogy will be published this year.

Over the past ten years, interest in the field of cymatics has greatly expanded  from an obscure idea for experimentation, to a great new world filled with creative ideas in the arts and sciences.  Jodina Meehan has been a great contributor to  the cymatics field  through her work with students of all ages and her own creative inventions.  Join Jodina as she takes us on a tour of cymatics through the past decade of the visual arts–including film and video, and shares the work commissioned by National Geographic and Cirque du Soleil.