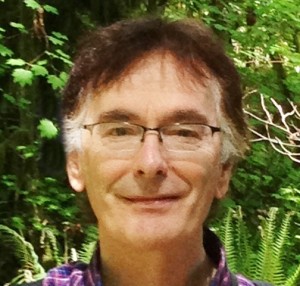 John Stuart Reid is an acoustic physics researcher. He has studied the physics of sound for four decades and is a respected authority in the field of cymatics. He is one of only two people to have studied the acoustics of the Great Pyramid and in 1997 he conducted a series of ground-breaking experiments in the pyramid’s King’s Chamber which led him to invent the CymaScope instrument, a new type of device that makes sound visible. Having experienced a significant healing of his lower back during his acoustics study of the Great Pyramid he began research into the field of sound healing, which continues to the present day.

Sound Healing at the Cellular Level

It is established fact that sound has powerful healing properties. In hospitals and sports injury clinics therapeutic ultrasound—sound that is significantly above the range of human hearing—is used to support or accelerate soft tissue healing and even fractures.

In recent years Cymatic Technologies Inc. has developed audible sound therapy to support a wide range of physical ailments, documenting many cases in which their sonic therapy has greatly benefited clients.

In the case of therapeutic ultrasound the biological mechanisms are not well understood, even though it is a widely accepted and utilized therapy. However, in the field of audible sound therapy, John Stuart Reid has undertaken significant research. His findings support concepts developed by Cyma Technologies, providing fresh insights into this important new therapeutic modality.

In this enlightening talk John Stuart Reid presents an overview of his investigation into the healing aspects of audible sound.  He will share details of his work that spans almost two decades and begins with a seemingly miraculous healing of his lower back during acoustics experiments in the Great Pyramid. The experiments were so successful that he was inspired to design a new type of scientific instrument that could make sound visible—the CymaScope—and now he has developed a new version of this instrument, a miniature CymaScope, so small it fits under the objective lens of a powerful Nikon microscope. The results of his work in rendering audible sound visible in the microscopic realm have led him to exciting conclusions that he will be sharing during his talk.

The story of his experiences in the Great Pyramid and why the results inspired him to begin a two-decade journey into cymatics.